A downloadable game for Windows

You were flying in your spaceship when suddenly you find yourself stuck in a blueish planet far from Earth. Luckily, in your backpack you know you have a tiny robot that runs off solar light, which there's plenty in the planet you landed on, and also you have some blocks to command the robot and a very resistant pickaxe that can destroy any extra-terrestrial rock. You also know that to exit the planet and return to earth, you must complete all of the levels in random order in the planet. Each level is linked to a random level with a green portal, that are always in different locations throught the levels.

The inner rock of the planet is black and your pickaxe is strong enough to break it, but the outer rock is a lot harder and cannot be touched by your pickaxe. Red blocks are scattered through the level that will send the robot to the previous level if the robot touches them. You also found some orange gems scattered throughout the planet. You have 7 blocks that represent instructions to the robot, these are:

I am making a Sandbox level editor/player for this game that will come out soon.

This game should run on any 64bit computer, but i plan on releasing a 32-bit version soon.

The versioning scheme is that for every release that adds major features the first section of the version counter rolls over and the patch counter gets reset. Example: 1.42 ---> 2.0

When a minor update in released, the second version counter rolls over. Example:

When a patch is released, a letter is added to the version, like this: 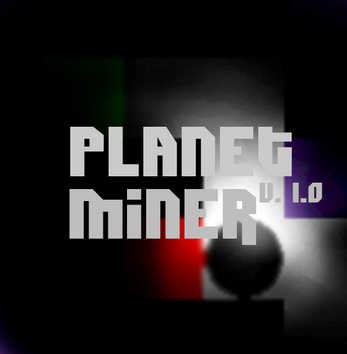